Too many reasons for Melbourne Metro 2! 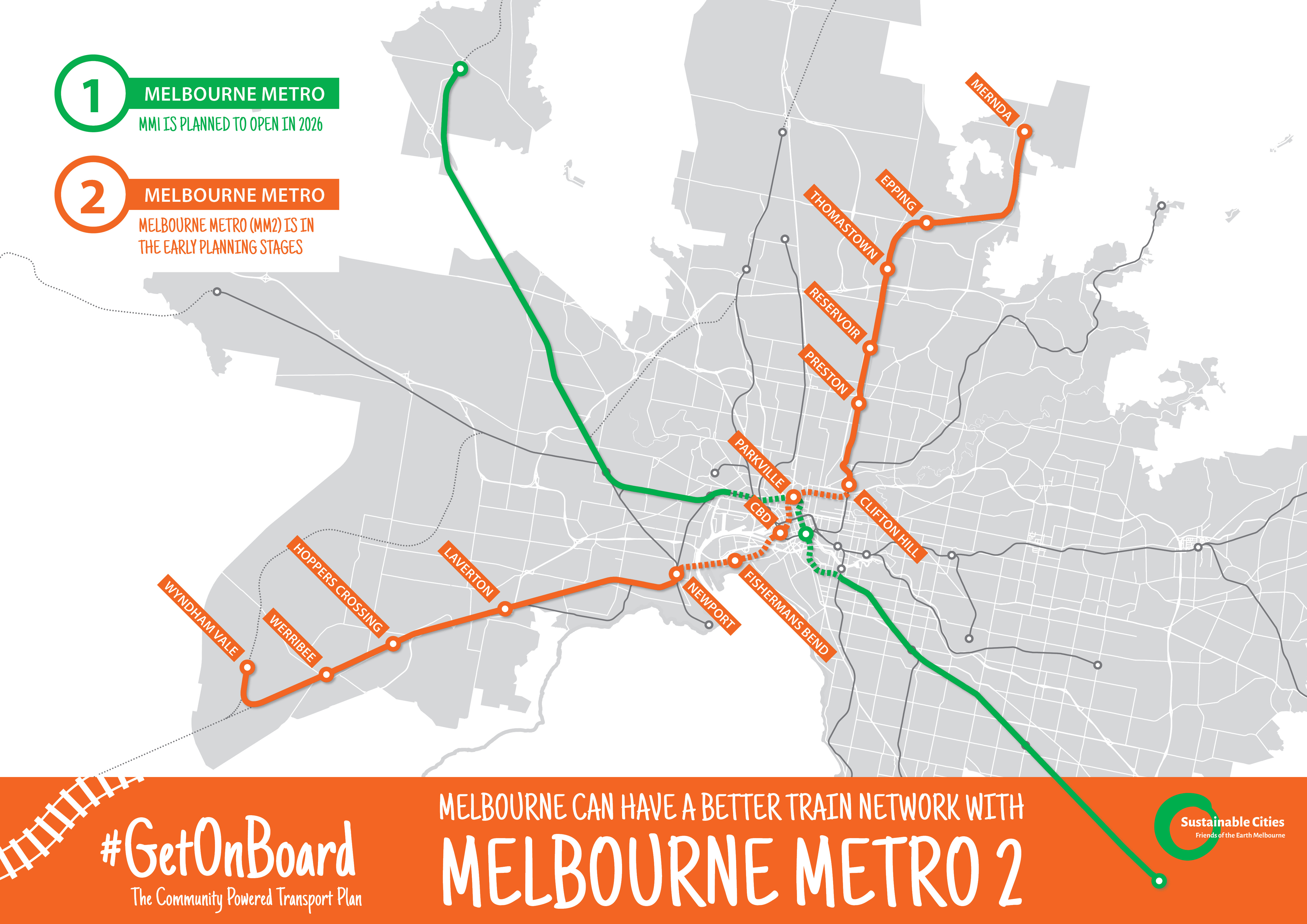 #BuildMM2 is a winner for all of Melbourne, particularly people in the west, the north east, and the inner city. The west and north are Melbourne’s fastest growing regions. A metro train connection creates better access to jobs and educational opportunities. MM2 will enable everyone to get to the city faster, in comfort, without having to sit in traffic and waste time looking for costly parking.

Why do we need it?

How it helps the Western suburbs

Across the west, accessibility to the city would be dramatically expanded:

How it helps the North, Eastern and North-East suburbs

Improving public transport access for people in the east and north east by:

How it helps the inner suburbs

In the inner north and inner south, MM2 creates new PT opportunities in busy areas with:

How it helps the whole city

When could it happen?

If the state government committed to planning for MM2 in 2019, it could be operational by 2028 or earlier.

As a significant infrastructure project, building and operating MM2 will create thousands of local jobs. MM1 is generating 7,000 jobs alone. Both will create ongoing jobs once operational, and spark development of housing and businesses along the route.

Victoria has already invested in the technology needed to build MM1. Let’s extend the life of that equipment and expertise, making both projects more cost effective and creating longer-lasting jobs.

Waiting until after MM1 is operational is too late. We need to get moving now, to catch up and meet our future city requirements. It took 10+ years of planning and waiting before the first stage began. Let’s not risk losing momentum and falling further behind.

MM2 could be built in a single project or staged. Infrastructure Victoria’s (IV) analysis estimated the cost for the whole project between $13.9 to $20.8Bn.

Compare this to the combined total cost of $38.3Bn for the three planned mega road projects in the same transport corridor as MM2: West Gate Tunnel $6.8Bn; North East Link $16.5Bn and East West Link $15Bn. These projects will only attract more cars and congestion, and will not solve our long term problem. It is a lot of money to spend on a temporary solution. Add to that the costs of tolls on the community and the benefits of these mega toll roads are hard to see.

MM2 on the other hand would provide long term sustainable solutions to our congestion problems and provide greater transport choices for commuters and others who currently have no option other than driving. It would remove congestion, not add to it.

THE ASK: COMMIT TO PLANNING MELBOURNE METRO 2 IN 2019

- Begin construction for MM2 to be operational by 2028

Join the call and sign the petition today: www.getonboard.org.au/buildmm2