Marking the end of year one

What a first year of transport campaign here at the Friends of the Earth (FOE) family. Nothing could have been achieved without the generous support of the Public Transport Users Association (PTUA).

This year ends the first full year of Sustainable Cities existence. Diving into the complex and vast world of transport politics has almost grown harder the longer and deeper we’ve gone. It’s been such an exciting and fascinating learning curve.

We arrived in Melbourne during huge population growth straining a city built for many less, and a state government that won on the back of scrapping a road and starting some big sorely-needed public transport projects. The 2014-18 Andrews government set the ball rolling with important public transport infrastructure, while also switching gears to kick off some of the biggest dirtiest megaroads in our states history.

With no small challenges ahead and no team to do it with, the Sustainable Cities collective launched in October 2017.

Through the second half of 2017 we focussed on connecting with and building the resistance to the West Gate Tunnel project. A market-led mega road from private toll giant Transurban, this road was at the final stages of consultation with the community.

In December 2017 the West Gate Tunnel received approval from the Planning Minister. Locals continue the fight and we support wherever possible. Parliamentary approvals for the tolling arrangement have not been secured, there are ongoing disputes with the contracted workers, and there is potential for legal challenges. By October 2018, early groundwork has begun disrupting the community.

GET ON BOARD: THE COMMUNITY POWERED TRANSPORT PLAN

Through 2017 it became clear that a lot of activity was focussed on saying no to mega road project plans. But if we say no to something, invariably the next question will be ‘So what do you want?’.

We kicked off 2018 by mobilising the people we had connected with, to work on a plan to transform our transport system. We brought together community groups from across the city to meet with urban planners, transport academics, workers and stakeholders. There were people from Altona to Mordialloc, Bullen and everywhere in between. There were people who usually voted Labor, Liberal, Green or for Minor Parties.

Through the whole-day workshop we brainstormed ideas, content, messaging and how we wanted to use this plan. The following two weeks brought a solid document into reality. 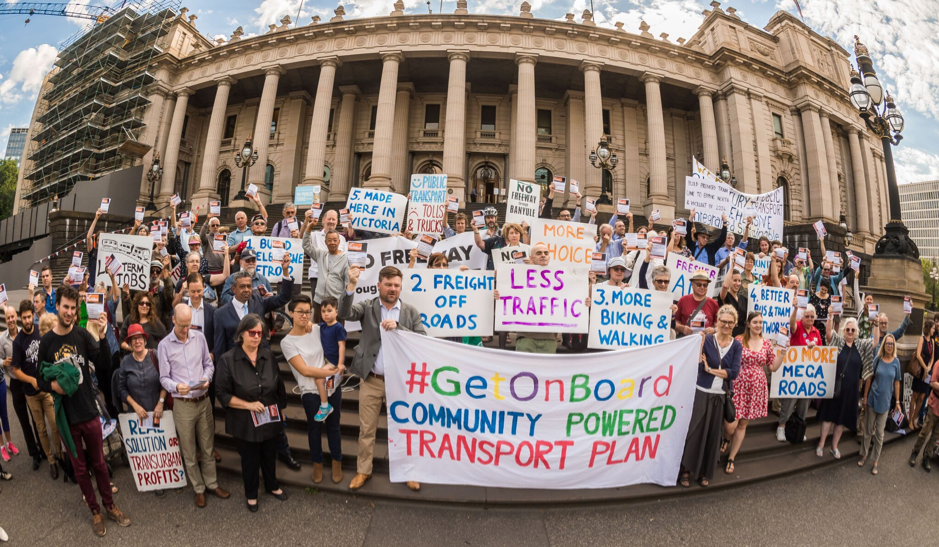 Through the beginning of 2018 we used the plan as a tool to kick off conversations across the city. By having a central campaign tool and ask we gave new volunteers an accessible way to get involved and skilled up in having conversations, holding actions, and being part of shifting the narrative on transport.

Part of each collectives responsibility at FOE is fundraising. With core costs largely covered by generous support from the PTUA, the collective began exploring how to cover campaign costs.

As a new collective, the task fell largely on the coordinator to include fundraising in our emails, as well as creating some dedicated content for a tax appeal. We began applying for some grants, growing the skills of the coordinator and team.

In June an intern stepped up and ran a super exciting fundraising film night showcasing films about successful community campaigns to stop road projects. It was a public showings of the East West Link campaign film “Tunnel Vision”, as well as short film about Perth’s Roe 8 campaign. A sold out night raised much needed funds.

6 MONTHS TO MAKE A DIFFERENCE

FOE Melbourne was home to 5 state-based campaigns. In May 2018, in the lead up to our November 24th Victoria state election, we put together our ‘6 Months to Make a Difference’ campaign. In order to back each campaign, we set a month for each particular campaign to get a focus. Sustainable Cities took the opportunity in July to give the GetOnBoard plan a boost. 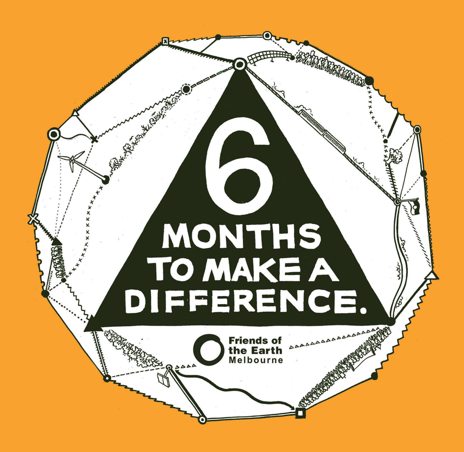 This momentum sprung us into the new university semester with new urban planning students from RMIT and Melbourne Uni getting involved.

In August, with the election creeping closer, we also wanted to narrow focus on a key ask. The logical choice with the Melbourne Metro 2 project. The timing was perfect for this, as: 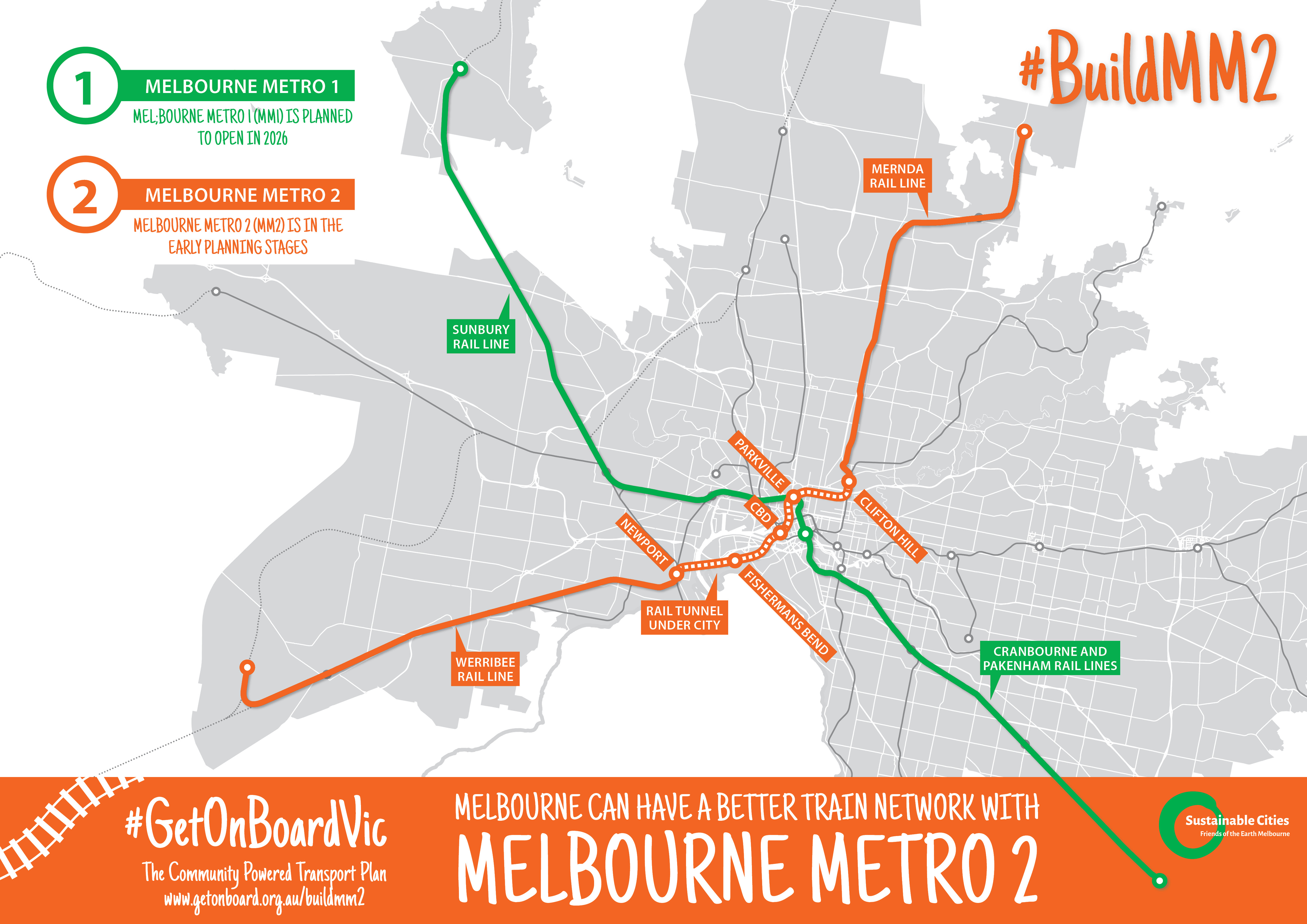 Over 2 months, with a team of a dozen volunteers we: 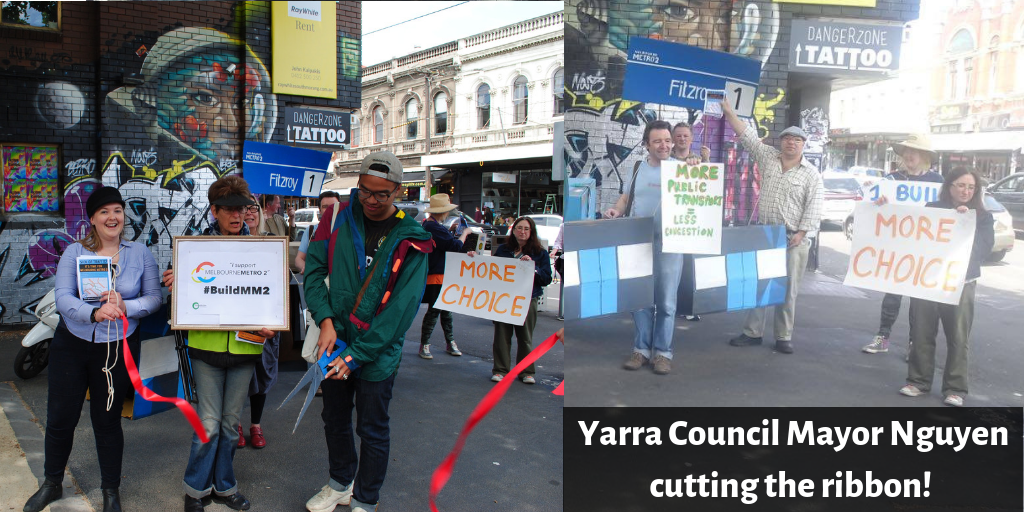 We’ve built solid connections with local groups campaigning to Rethink the North East Link project. We continue to share ideas, skills and strategy to get organised to stop this monster road. Post-election, we are the only environmental NGO working hard now to respond and build resistance.

As the state election approached, we spent time responding to the increasing numbers of political announcements. Our action in response to the Labor Suburban Rail Loop proposal saw us quoted on the evening news for Channel 9, 10 and the ABC. 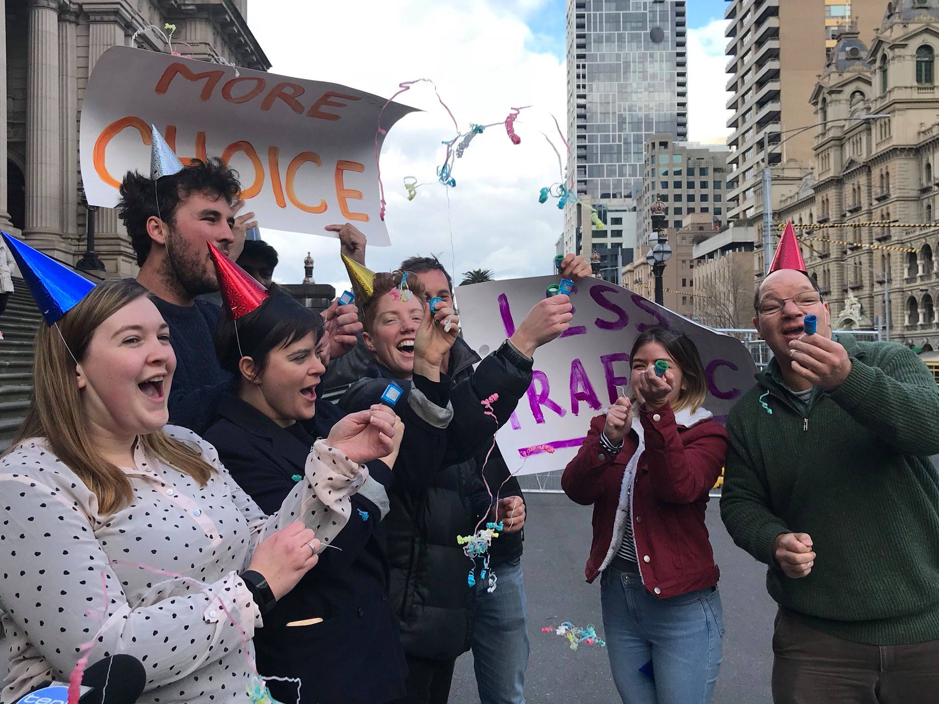 See our post-election response here, and the reaction to the new Government Ministry here.

We head into 2019 with a great balance act: between stopping the mega roads and bringing on much needed big transport transformation. We have both challenges and opportunities:  the biggest mega road agenda ever looming over Victoria, but also seeing the potential for so many vital transport solutions. Our public transport system is finally getting some attention with new rail, but we need that matched in our tram and bus services that cover vast amounts of the city. Creating a healthier city by getting big trucks out of local streets to address freight problems, as well as investing in making walking and riding bikes more possible.

In 2019 we will continue the campaign to stop budget-sucking mega road projects, continue the much needed public transport agenda, and super charge the transformation of transport system. Sustainable Cities continues building momentum and power towards the next election in 2022.

We hope you will continue to be part of this journey in 2019 and beyond. 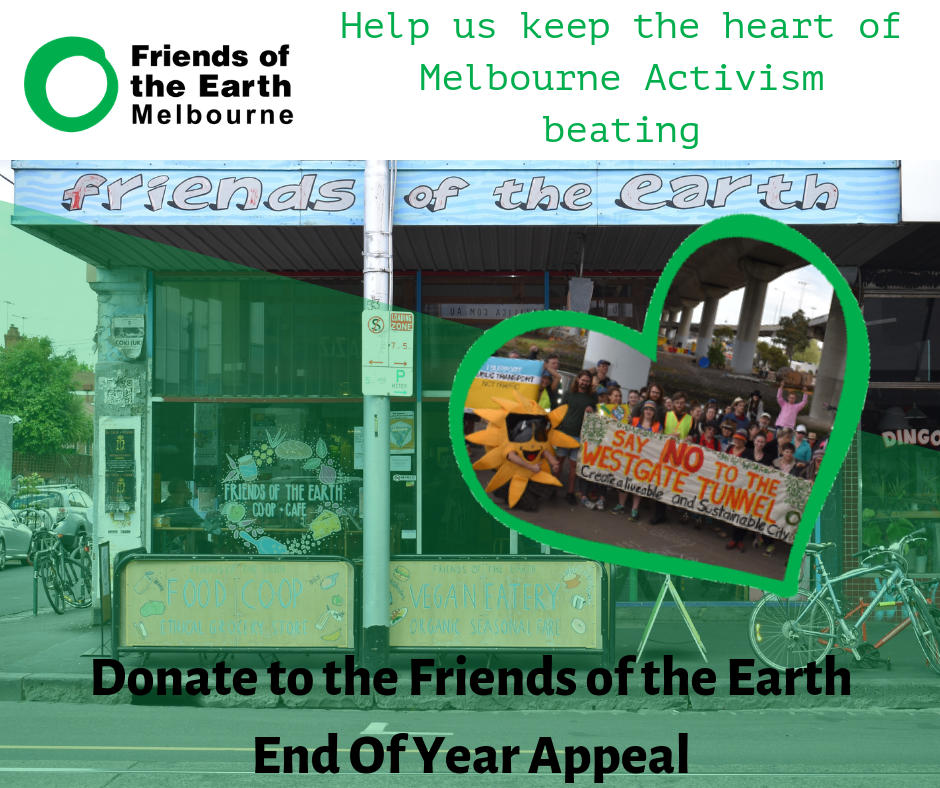