Victoria’s 2018 state election has seen congestion as a top issue. So how do the parties transport commitments stack up?

Melbourne is seeing huge population growth straining a city built for many less. The current Labor state government won in 2014 on the back of scrapping a megaroad and some sorely-needed public transport projects. Over the past 4 years, the government has set the ball rolling with important public transport initiatives. But we've also see them switch gears to kick off some of the biggest dirtiest mega roads in our states history.

What will happen for the next 4 years based on what we’ve heard so far?

We assessed the policy commitments for Victorian Labor, the Victorian Liberal-National Coalition and Victorian Greens. See a detailed breakdown HERE.

Labor – Lots of announcements for rail both in Metro and Regional areas. But with both mega road and ambitious rail projects on the table, there are plenty of ticks and crosses. They fall short when compared with announcements outside of their own infrastructure projects, especially in key areas like investing in trams, buses and safer walking infrastructure.

Coalition – both sides are seeing that they have to make public transport announcements, with the Coalition focused on regional commitments. But with the majority of population growth happening in metro Melbourne, the lack of ambition in our largest city is inadequate. They keep backing the mega roads of the past, with more road announcements than anyone else. Lots of question marks for many of our areas of interest including in public transport and active transport.

Greens – The Greens have made several announcements on long-overdue transport fixes, but could be improved by expanding their vision to include public transport in our regional and rural areas. They are the only party to commit to the Melbourne Metro 2 tunnel, and to have commitments to both infrastructure and services all public transport modes (train, tram and bus networks). The Greens are the only party to oppose the major road projects. 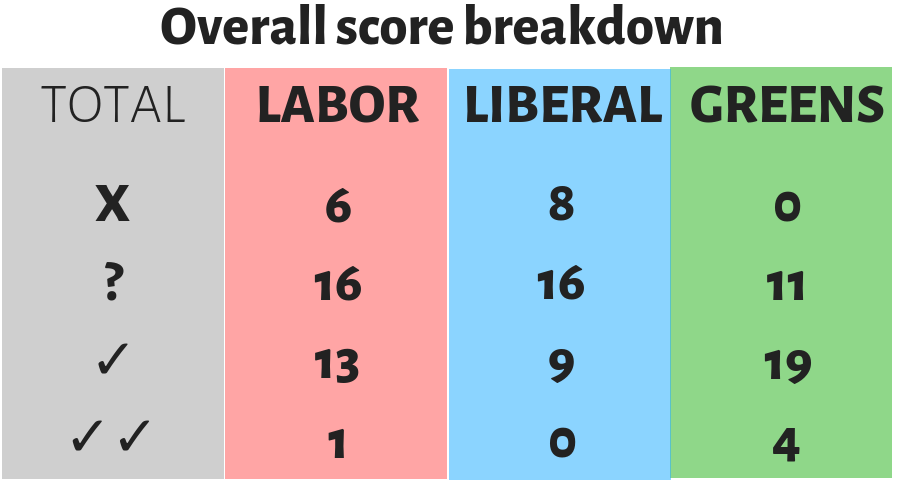 With both major parties pushing more mega roads, we know we'll have to keep working to put the handbrake on these congestion-inducing projects. No matter who is in power on 25 November 2018, we'll be continuing the fight into 2019. Make it possible by chipping into the campaign today: www.getonboard.org.au/donate

Help us fight for the public transport our city needs in 2019: www.getonboard.org.au/donate