Why am I stuck in traffic on the Eastern Freeway?

Have you heard the Eastern Freeway has some of the worst travel times in Melbourne? A key reason is there are currently zero rail or tram services to or through this part of town. The surrounding suburbs bus services is patchy at best. Complaints about services are increasing while patronage drops. Instead, everyone has to jumps in their cars and onto the freeway.

Building new roads does little if nothing to solve traffic congestion. The North East Link is going to add 95,000 cars a day to the already choked freeway. I live up here in Doncaster and this mega road plan scare me.

My favourite quote is “building more roads to prevent congestion is like a fat man loosening his belt to prevent obesity”. I’m still baffled by how enamoured we are with cars, given how inefficiency they are for moving lots of people. The health risks alone with cars make me wonder why we don’t ask for something better.

Right now, both the major Victorian parties promise roads for my part of town at the next election. The LNP has a difficult relationship with public transport, often associated with cuts to services or getting stuck at the planning and “studies” stage of transport improvements. Their transport platform includes a mega road from the North East through the city (the revived East-West Link) connecting to the West Gate Tunnel. The ALP’s relationship with transport is inconsistent. Daniel Andrews stood in front of the crowd of protestors againsts the East West Link in 2014 and stated that roads are not the solution. We gave him government. Now in 2018, he has committed us to the West Gate Tunnel and the North East Link.

Melbourne City Council in conjunction with RMIT and Melbourne University have proposed a solution as part of their Public Transport Network discussion. This proposal includes a Melbourne Metro 3 option (MM3). This would connect Doncaster to the City and Ringwood and would take many of the single occupant cars off the Eastern Freeway. Residents of the Doncaster area should get behind this idea. 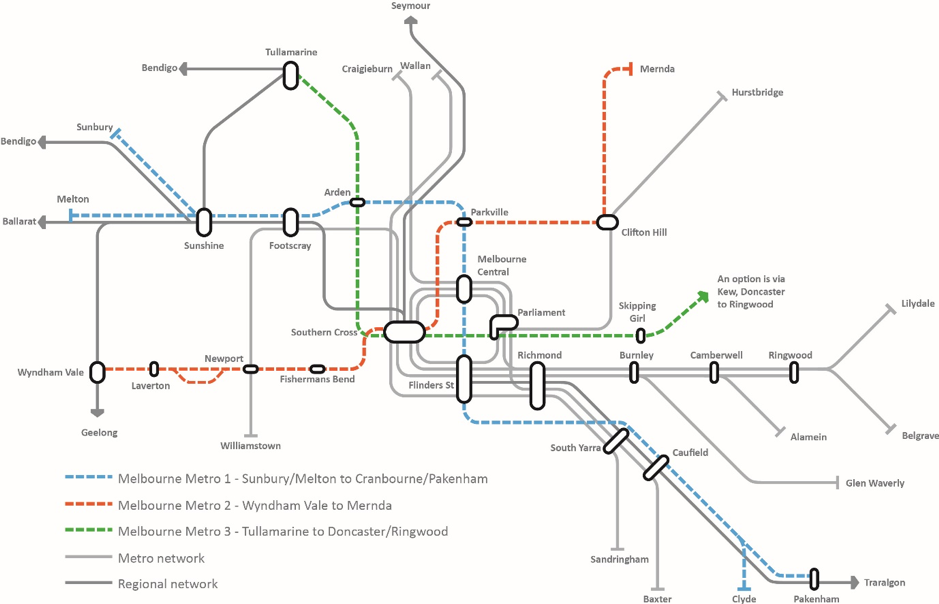 In the interim, the Doncaster area needs a bus service review. The Doncaster Area Rapid Transport (DART) was a good improvement, but many of these services were cut in 2014 and now we have a service that doesn’t meet current needs, despite growth in these suburbs.