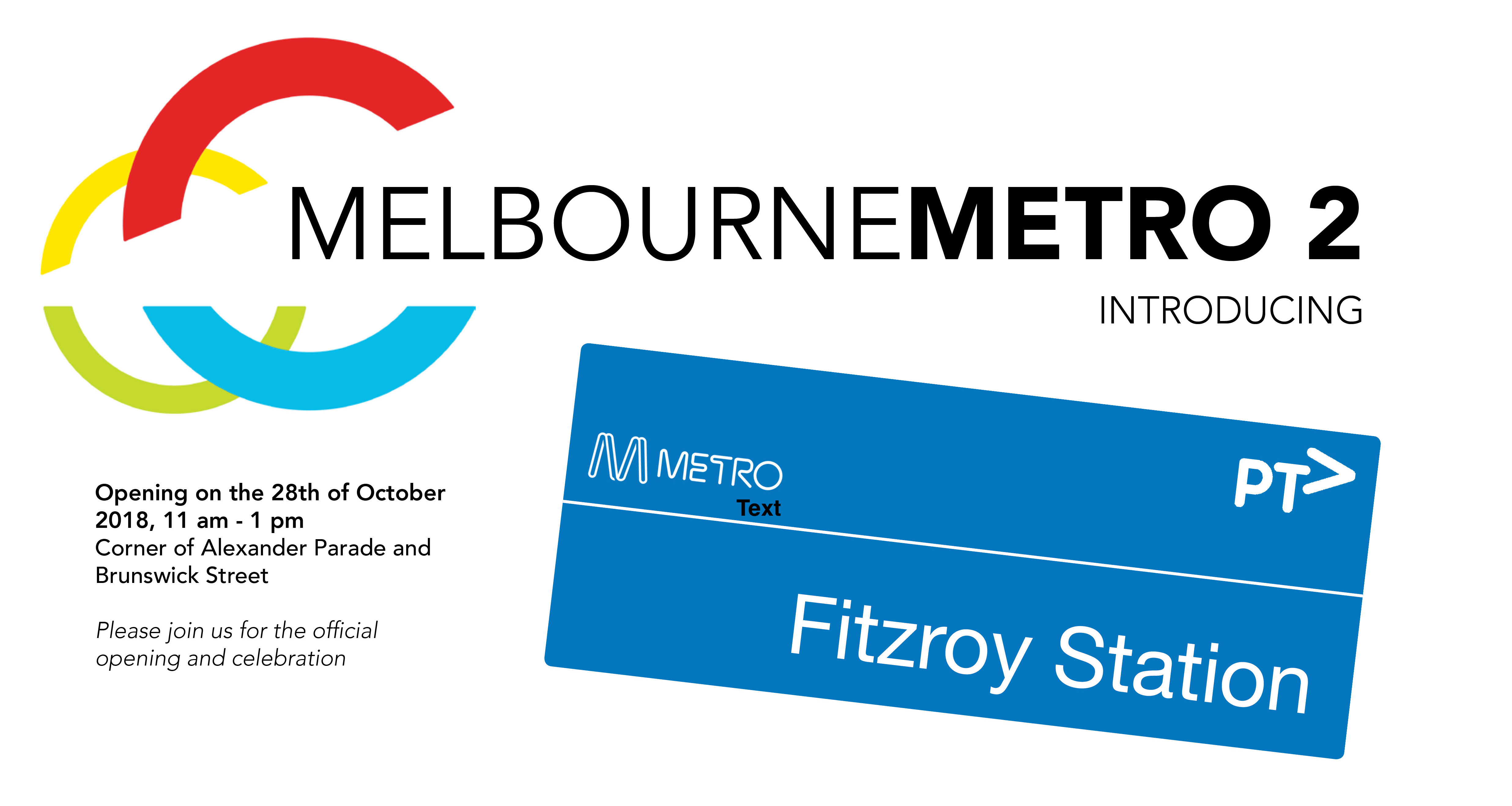 We need to get Melbourne Metro 2 (MM2) on the agenda for the up coming election.

Melbourne needs a commitment to building better public transport and bringing the city closer to having the world class metro system that this city deserves.

Please join us for the ‘official’ (mock) opening and celebration!

Kicking off with a station opening ceremony at 11am, followed by the first train journey leaving Fitzroy and heading to the city.