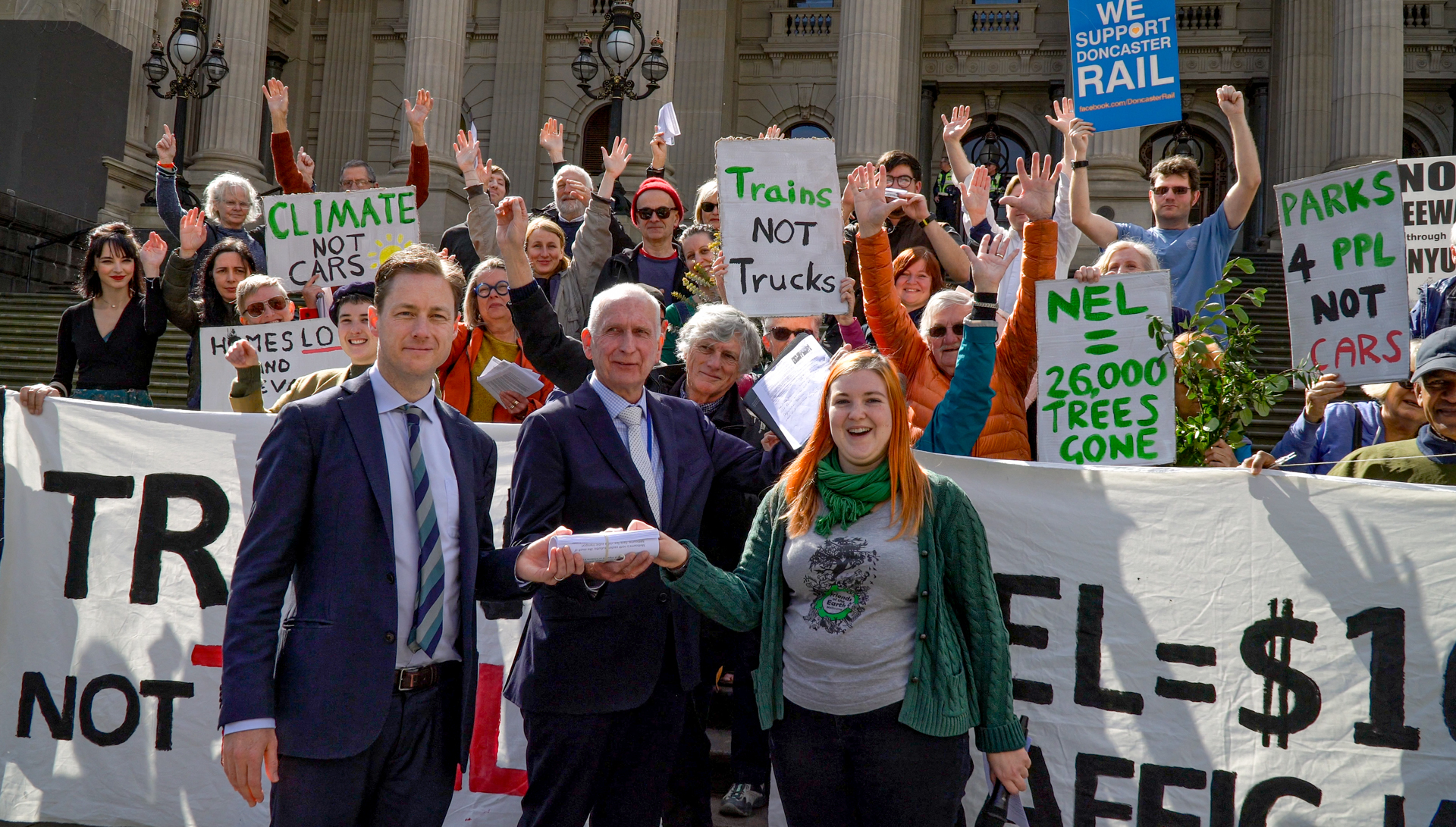 The event marks the end of the public hearings where concerned citizens had the opportunity to raise issues about the project before an independent panel.

“We are urging our government to stand up to the road lobby and stop this mega toll road” said Claudia Gallois, Friends of the Earth’s Sustainable Cities spokesperson. “The community’s quality of life is under serious threat.”

Community members are concerned about the 26,000 mature trees and 9 MCGs worth of open space and recreation areas that will be bulldozed for the widening of the road. A petition to protect the National Trust’s ‘Victorian Tree of the Year’ River Red Gum in Bullen has received over 4,000 signatures.

“The North East Link will widen the Eastern Freeway into a 24 lane LA-style toll road, dividing the community and funnelling more traffic onto Hoddle Street,” said Gallois. “We’re worried that the North East Link will lock Melbourne into a future of more toll roads such as the East West Link, when the community is crying out for more public transport.”

Locals will gather at Parliament steps dressed up as trees, wearing green, with banners and placards in tow. They are urging the government to put people and the environment first and stop this destructive road from going ahead.

Community members are concerned about the health impacts that have been uncovered during the public hearings. The EES states that North East Link will add up to 90,000 vehicles, including 15,000 trucks to the Eastern Freeway by 2036. The current Environmental Effects Statement did not include provisions for night time noise regulations. The World Health Organisation has linked sleep disturbances to cardiovascular disease and learning disabilities in children.

During the public hearings, the Victorian government also released a shortlist of construction companies, completely undermining the independent public consultation process and the locals who have poured effort into their submissions.

EVENT DETAILS: Media will have an excellent opportunity to capture photos and interview participants about their views on the North East Link, improved public transport and sustainable planning for Melbourne.

What: A petition delivery