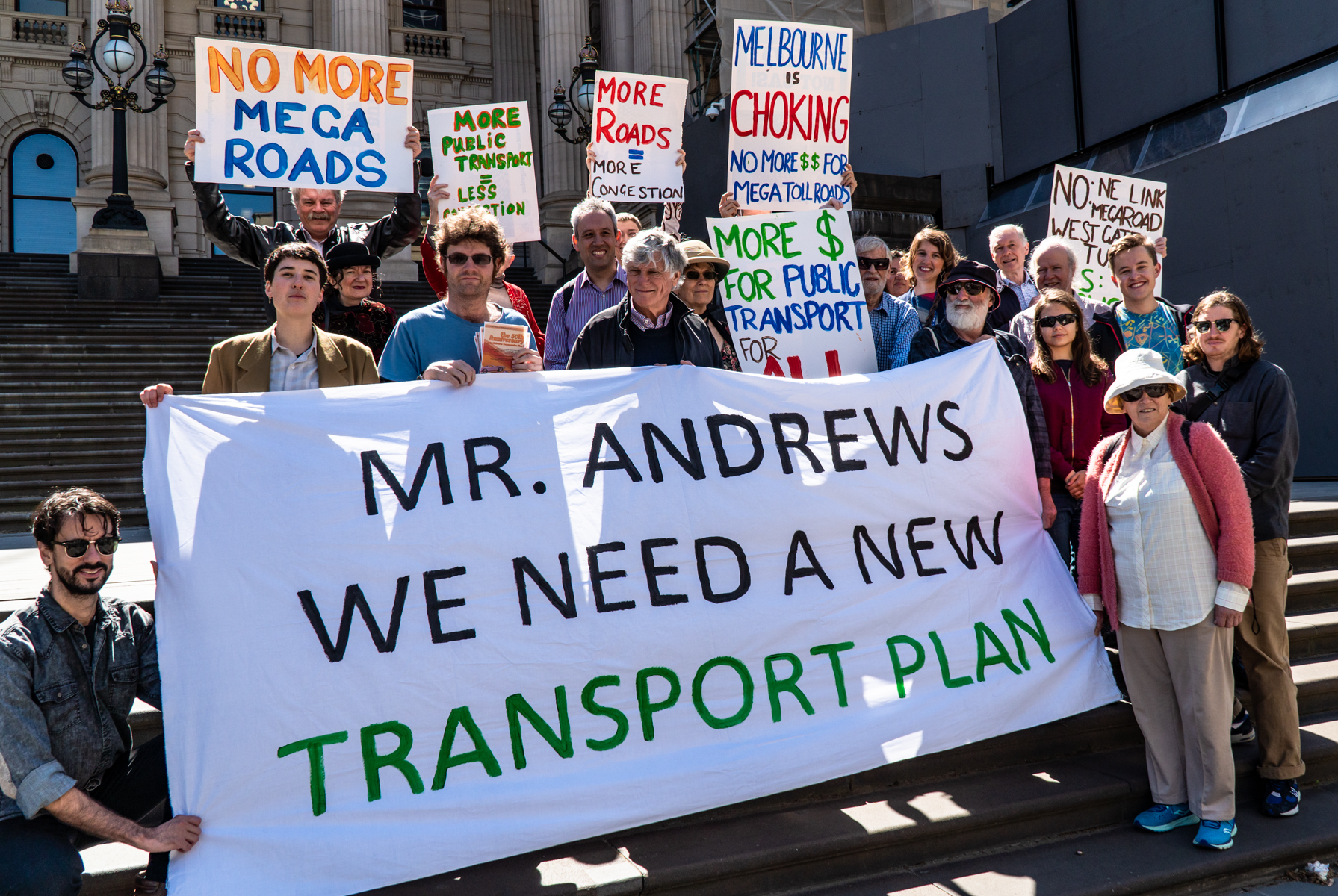 On Wednesday 27 November, community members took to the steps of Parliament House to mark the 50th anniversary of Melbourne’s first (and last) integrated transport plan and demand a plan for the next fifty years.

This year marks 50 years since the 1969 Melbourne Transportation Plan which envisioned a car-reliant city. The plan allocated 86 percent of its budget towards roads with only 14 percent for public transport.

Community members are calling on Premier Dan Andrews to commit to a new transport plan that integrates train, tram and bus services and prioritises public and active transport over car use.

Melbourne is still being shaped by that plan today, with proposed road projects such as the North East Link stemming from outdated 1969 blueprints.

Mayor of Yarra Council Danae Bosler, said “Whether people need to get to hospitals, to schools, or to work, we need an integrated transport plan.”

“We know there’s only one solution for the traffic crisis that we have here, and that’s public transport.”

Public Transport User’s Association (PTUA) spokesperson Daniel Bowen said, “All of Melbourne desperately needs a public transport alternative, that we can rely on, that is fast and frequent and that provides a solid alternative to jumping in the car.”

“We need a government transport plan that concentrates on mass transit, not continuing to build roads,” added Bowen.

Friends of the Earth’s Sustainable Cities Coordinator Claudia Gallois said, “Integral infrastructure such as Melbourne Metro 2 and Doncaster Rail must be prioritised over major road projects which will lock Melbourne into a car-dominated future.”

“The Victorian government must prioritise mass public transport that gets polluting cars of roads to meet its legislated commitment to zero emissions.”

“Will Premier Dan Andrews take the lead on bringing Melbourne’s transport into the 21st Century?”

Transport is the second largest and fastest growing emitter of carbon emissions.

The group has a vision for a new plan, one that's future-focussed, better-connected, with public transport run on clean, renewable energy.