Public transport goes beyond an issue of sustainability and environmental concern. It is a social justice issue. Without good public transport people struggle with getting jobs and getting where they need to go. Transport disadvantage describes difficulties with accessing transport. Transport poverty occurs when households are spending more money on transport than they can afford. 4% of all Australians report having difficulty getting to places they need to go. People most likely to experience transport poverty and disadvantage are: low-income people, the unemployed, beneficiaries, youth, women, the elderly, people with disabilities, outer-urban dwellers, and ethnic minorities. 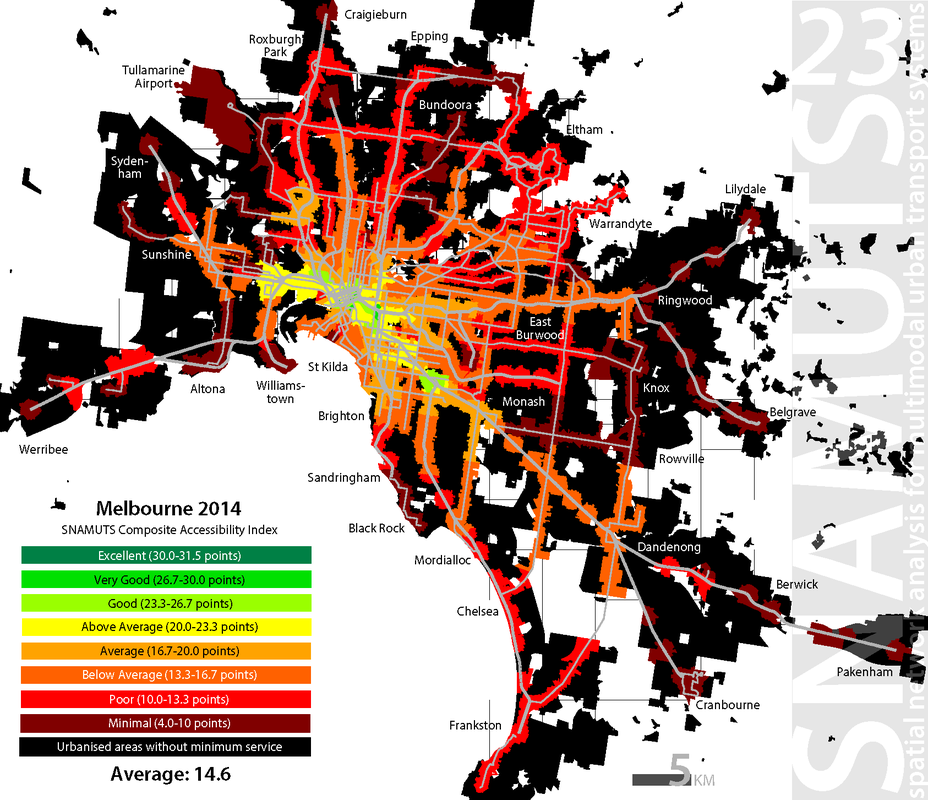 Indigenous people are at greater risk for transport poverty and disadvantage as they often check many vulnerability factors. In 2008, 71% of indigenous people living in remote areas had no public transport, and 15% were unable to get to where they needed to go. For those that have access to a car, these tend to be old, heavily used, and thus expire quickly.

Transportation problems in indigenous communities result in difficulty getting to places of employment. It also prevents access to health, education, legal, and social services. The lack of transport options comes about as a result of disadvantage and ends up creating more of it.

Cultural commitments are also important when discussing transportation options for indigenous people. Funerals, extended family, and connections to country can mean travel commitments that go between urban and rural areas. Thus, we need to increase public transport options that link the two. This means more regional train lines and coaches to rural areas. More frequent buses within rural communities, at least hourly in the larger rural areas, are also necessary. Very small rural communities should still have transport options to schools, health, and employment hubs at the very least.

Single Parents and People with Disabilities

Single parents or those with young children are often physically transport disadvantaged. Access to public transport is difficult when juggling children, prams, groceries, and bags. Buses and trams often do not take the size of prams into consideration, and parents may not be offered help by drivers or other passengers. A large number of young mothers in Victoria find it difficult to access shops, studies, social and health services by public transport. Up to 70% are unable to attend social situations due to public transport difficulties. Social exclusion is very taxing, and a large reason why transport disadvantage is also a social issue.

In peak hours, public transport for parents with young children is almost impossible. The difficulty in finding space for a pram on trams running at 100% capacity is a large deterrent. Public Transport Victoria (PTV) advises that parents with children should avoid travel at peak hour, but this is not realistic. Emergencies concerning children may happen at any time, including during peak hours. This can be the push that causes transport poverty, as parents are forced to spend money they do not have on alternative transport options.

People with disabilities face similar issues concerning space on public transport. Barriers to public transport mean that people with disabilities face reduced life opportunities. Disabled access spaces on older trams and buses are few, and most tram stops in Melbourne still are not wheelchair accessible. Victoria is required by law to upgrade our entire public transport network to be accessible. However, we are years behind these targets. By the end of 2017, 90% of Melbourne’s tram stops should have been made accessible to wheelchairs and prams by law. But to date less than a quarter do so. PTV Melbourne’s goal for all low floor trams only applies to three specific tram routes, and is a long way from being completed

People with vision or hearing impairments are also limited by the current public transport system. Most information on buses, trains, and trams produced is both visual and audible. However, cancellations and changes are often announced only audibly, disadvantaging hearing-impaired people.

To reduce transport related social injustice to single parents and people with disabilities, our public transport system needs to be updated. This starts with the replacement of old trams with new, low floor access trams. We also need upgrades to tram stops that see the 90% quota met. We need better connections between services, and more frequent services so that nobody waits for an unreasonable time. 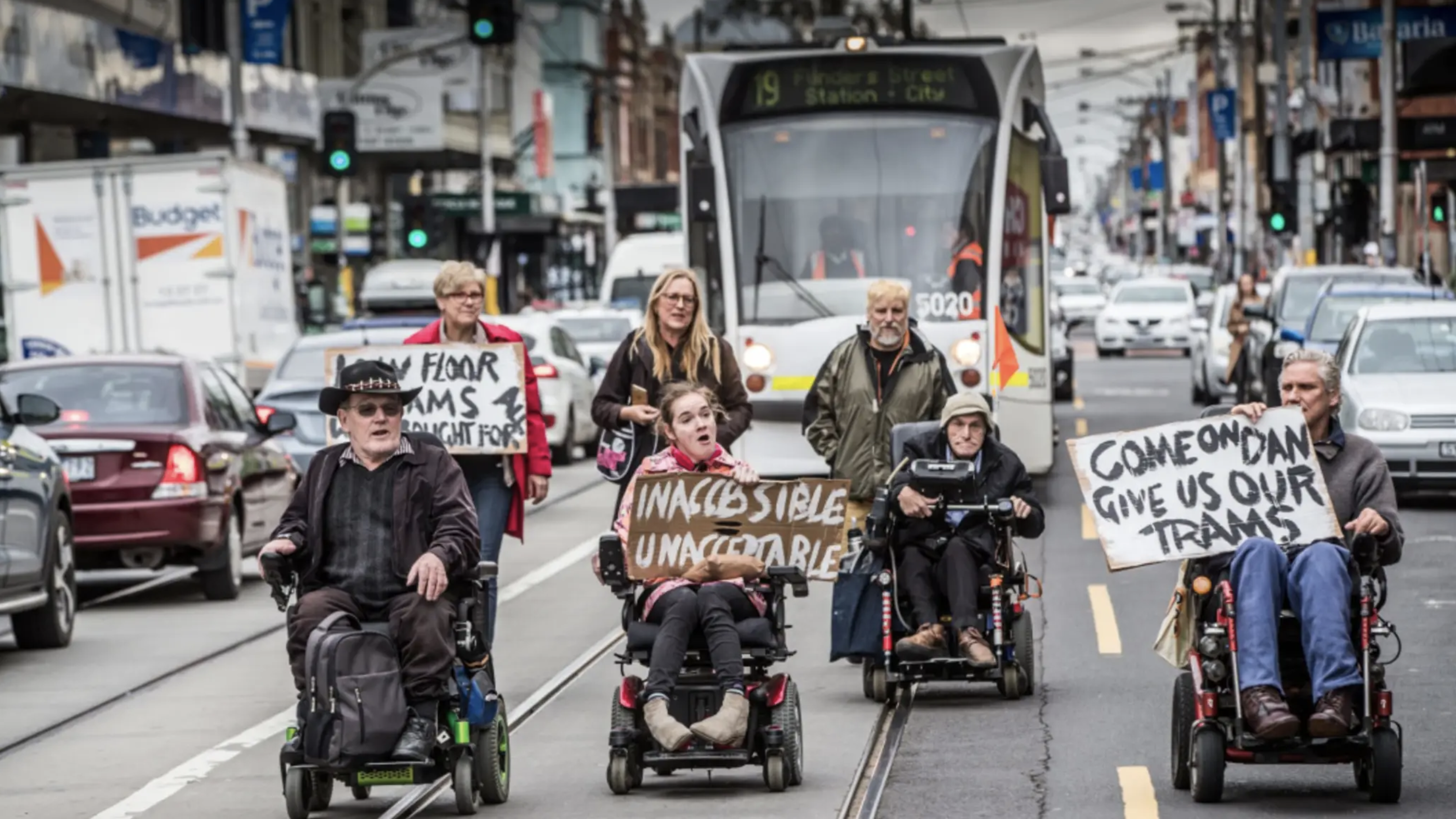 With its far-reaching suburbs, Australia is a car-dependent country. For our transport to become sustainable, we need to re-examine our road use and urban planning. Right now this dependency can be a harmful to low-income earners who live far from good public transport options. Forced-car ownership is when low-income families own a car involuntarily because no other transport options are available. It adds to the unsustainability of Australian transport, and can push low-income families into transport poverty. The difficulties of owning a car, such as the initial sale, insurance, and the cost of petrol, are transport disadvantage. Between 2001 and 2011, outer Melbourne saw a 93% increase in forced car ownership households. With fuel costs rising in Australia these households are facing increased financial difficulties.

Corporations such as Transurban are partly responsible for the injustice that results from transport poverty. Transurban owns 15 of the 19 toll roads in Australia. Many residents, especially those in forced-car ownership households, have no choice but to use these roads. These households can rack up thousands of dollars’ worth of toll fine debts. The greatest number of charges in Victoria relate to toll road matters. Most people receiving these excessive fines are typically suffering from other financial difficulties. The strain of greedy corporations like Transurban are causing further debt. This creates greater transport disadvantage and social inequality overall. When toll roads are used multiple times a day or week these fines can easily become enormous amounts.  Since toll fines are a criminal matter, people then come into contact with the justice system, and may face prison time.

Disadvantaged groups in Australia are at greater risk of transport disadvantage and poverty, and so also to the unfair penalties of private corporations like Transurban. To reduce inequality we need to increase public transport options, reliability, and access. We must also raise awareness of the harms that toll roads can deliver, and the corporations that generate them. To make a transport sustainable future for Australia that provides for disadvantaged groups we need to consider not only the environmental aspect of public transport, but also the social justice side. This begins by placing Transurban under a microscope and evaluating its worth for Australia.